In the brewery room Nika is churning the mixture in the lautering tun. With each turn of the spade a quick gush of the mixture, clear from being filtered, runs into a bucket. Nika is in control of the brewing this morning and speaks slowly and quietly to Adinay who passes her equipment or takes a turn of churning the mixture. They talk through what they are doing via Saikal, who acts as translator. In the cool room, large plastic containers are holding previous brews whilst they ferment. It smells of cereal, heated wheat. They exchange few words but have developed a symbiosis which allows them to share the labour and ease any difficulty which arises from the long periods of waiting involved in brewing. 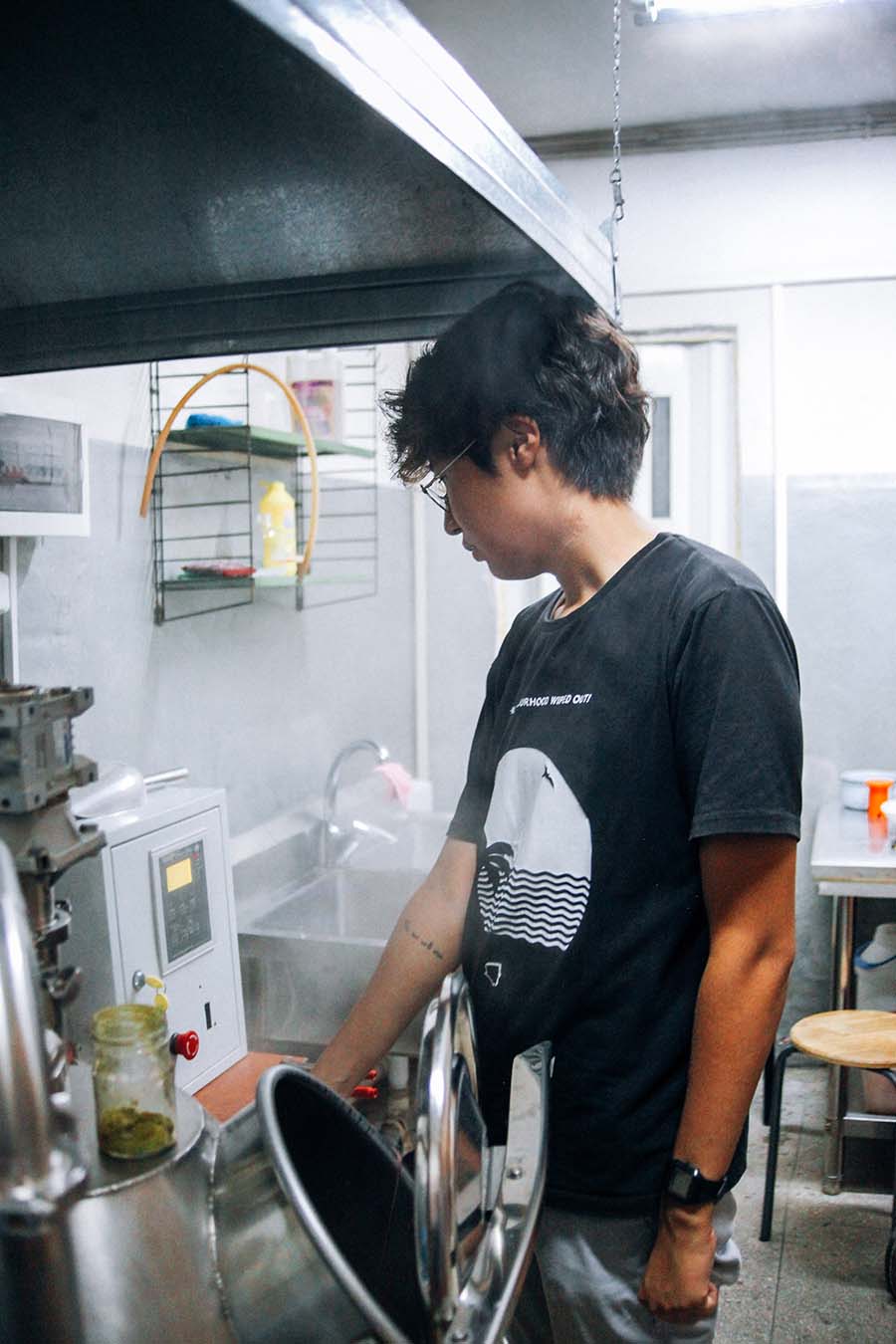 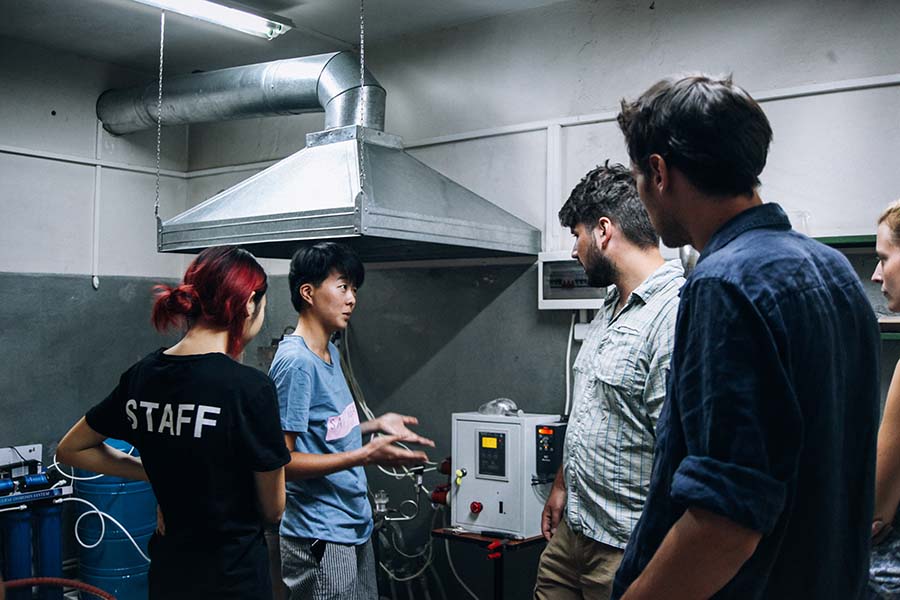 Save the Ales is an all-female micro-brewery and bar in Bishkek, the capital of Kyrgyzstan. Their site is about a 15 minutes’ walk from the Lenin statue and main square where soldiers goose-step at a turtle’s pace to raise and lower the state’s flag throughout the day. Bishkek is a very green city by European standards, parks and tree-lined streets are its distinguishing feature. “The city used to be greener,” Adinay——an art student in Converse and a graphic T bought from a second-hand shop who helps with the brewing when needed——tells me, “but they cut down the trees to build… these.” She points at one of the Soviet-era apartment blocks which surround the brewery and bar on three sides. This is the first glimpse we’d get of the political discontent of those working in the brewery.

Aida founded the bar partly for this reason: to employ lesbian women who often find it difficult to gain employment elsewhere in Kyrgyzstan, a country where being openly gay or lesbian often means estrangement from one’s family.

Microbreweries of any kind are unusual in Bishkek, but an all-female micro-brewery is an utter singularity. Aida founded Save the Ales in 2016 with the intention of opening a space for women to be involved in the Kyrgyz beer industry. She devises the recipes on European craft beer traditions, with the wheat imported from Germany. These recipes are then followed by Nika and Adinay. The point of an all-female brewery is simple, Saikal tells us: equality. She’s young and confident and in the evening takes on the role of waitress. The role of the woman in Kyrgyzstan, they tell me, is seen as belonging in the household. Dowries are still paid to patriarchs before a betrothal, and men make up the vast majority of those employed throughout the country. 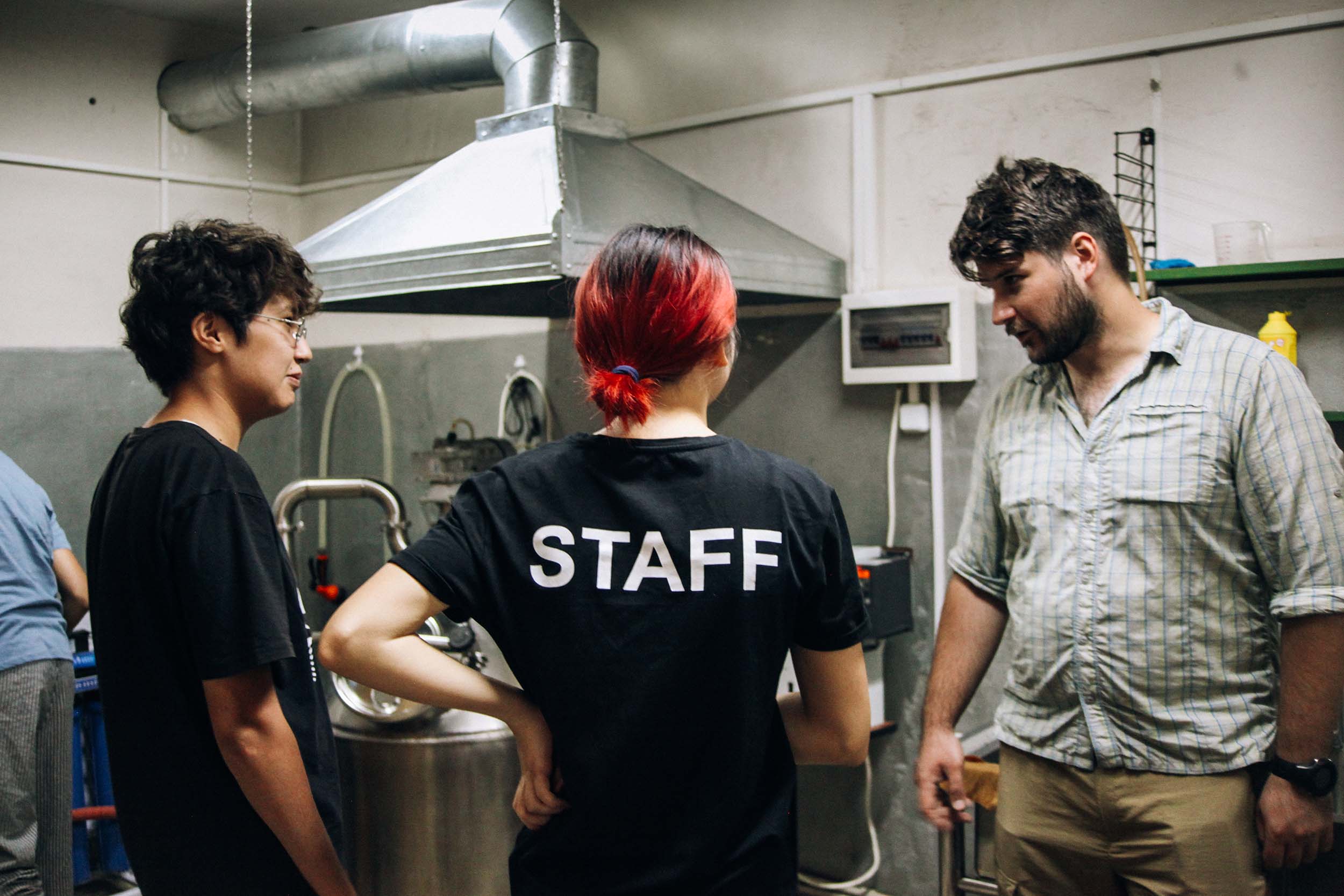 Most of the seating for the bar is in the beer garden, where wooden benches and tables are encompassed by a fence which looks as if it’s been decorated by Piet Mondrian in the high-cubist style; blocks of yellow, scarlet and white reflect from the fairy-lights which are turned on at sunset. There is a sense of calm as well as of fortification; you can’t see outside when you drink here, and others can’t see in. 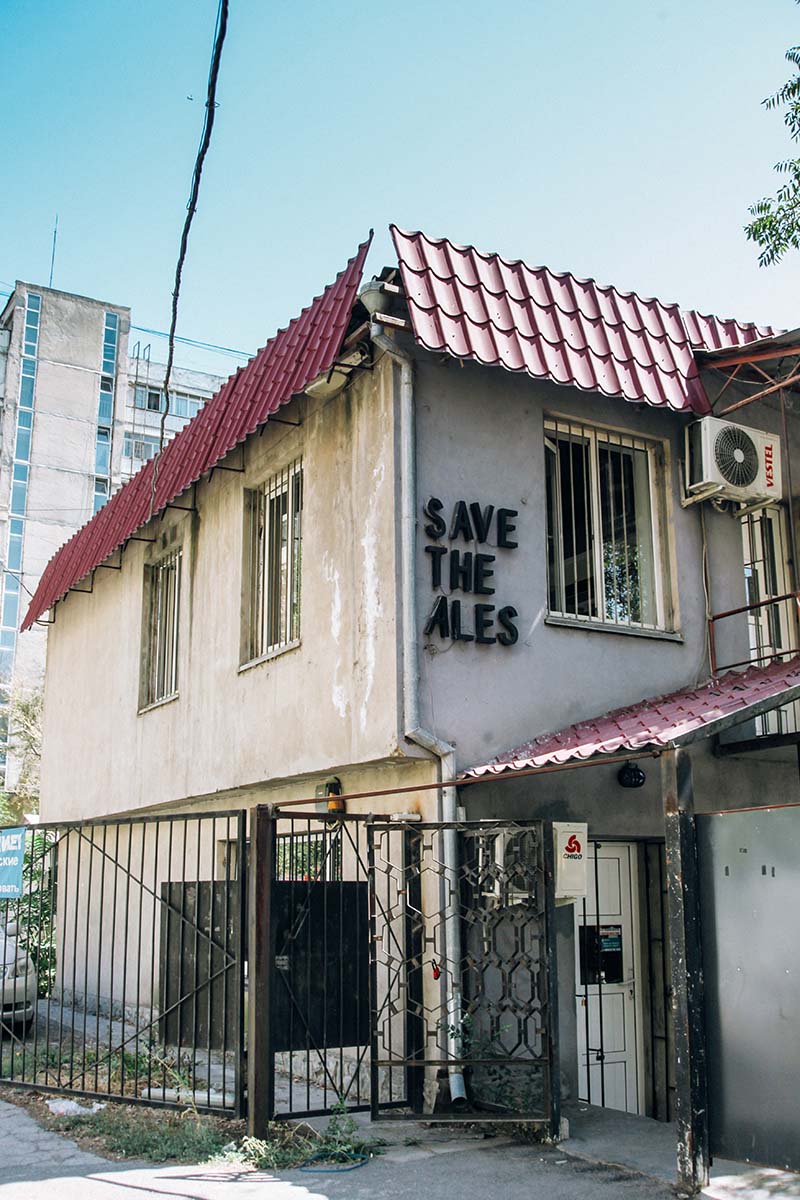 Adinay——the artist who has discreetly hung her work throughout the bar——says “this is one of the only safe-spaces for LGBTQ+ people in Bishkek.” Aida founded the bar partly for this reason: to employ lesbian women who often find it difficult to gain employment elsewhere in Kyrgyzstan, a country where being openly gay or lesbian often means estrangement from one’s family.

IPA, Wheat Beer and Pale Ale are the most popular among the customers, and the brewery also creates their own red pale ale, fruit beers and cider. For Oktoberfest they even brewed a glitter beer. The day we visited marked their first international collaboration, with the Slovenian brewery Omnivar. A European-style wheat beer was fused with watermelon; August being the harvesting season for the pink fruit in Kyrgyzstan. Miha and Sabina from Omnivar make a point of visiting breweries when they travel abroad and were attracted to Save the Ales due to its focus on female empowerment and inclusivity in the beer business.

We play pool whilst waiting for the water to heat up in the mash tun. Miha, the founder of Omnivar talks me through the brewing process. A vet by training he has the look and presence of a scientist. He talks like one too. He takes me through each step in precise and objective terms and I try to keep up: sugar-strands, water PH, reverse osmosis. There is a short break in the pool game when the two breweries discuss at which point to add the watermelon. Nika wants to add it along with hops but Miha thinks just before the fermentation stage. They compromise by adding the majority with the hops and topping up afterwards if needed. The beer would be ready in two weeks so we retired to the bar. 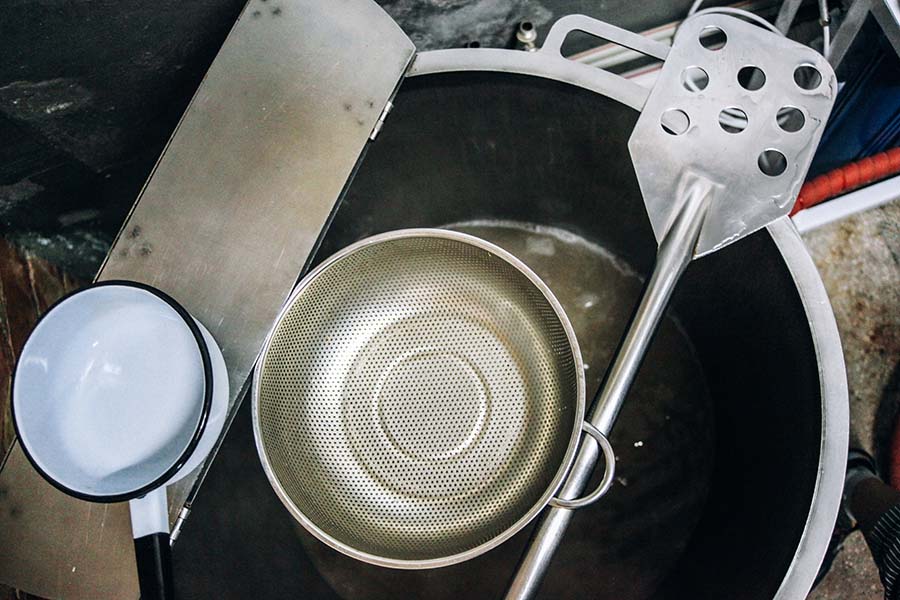 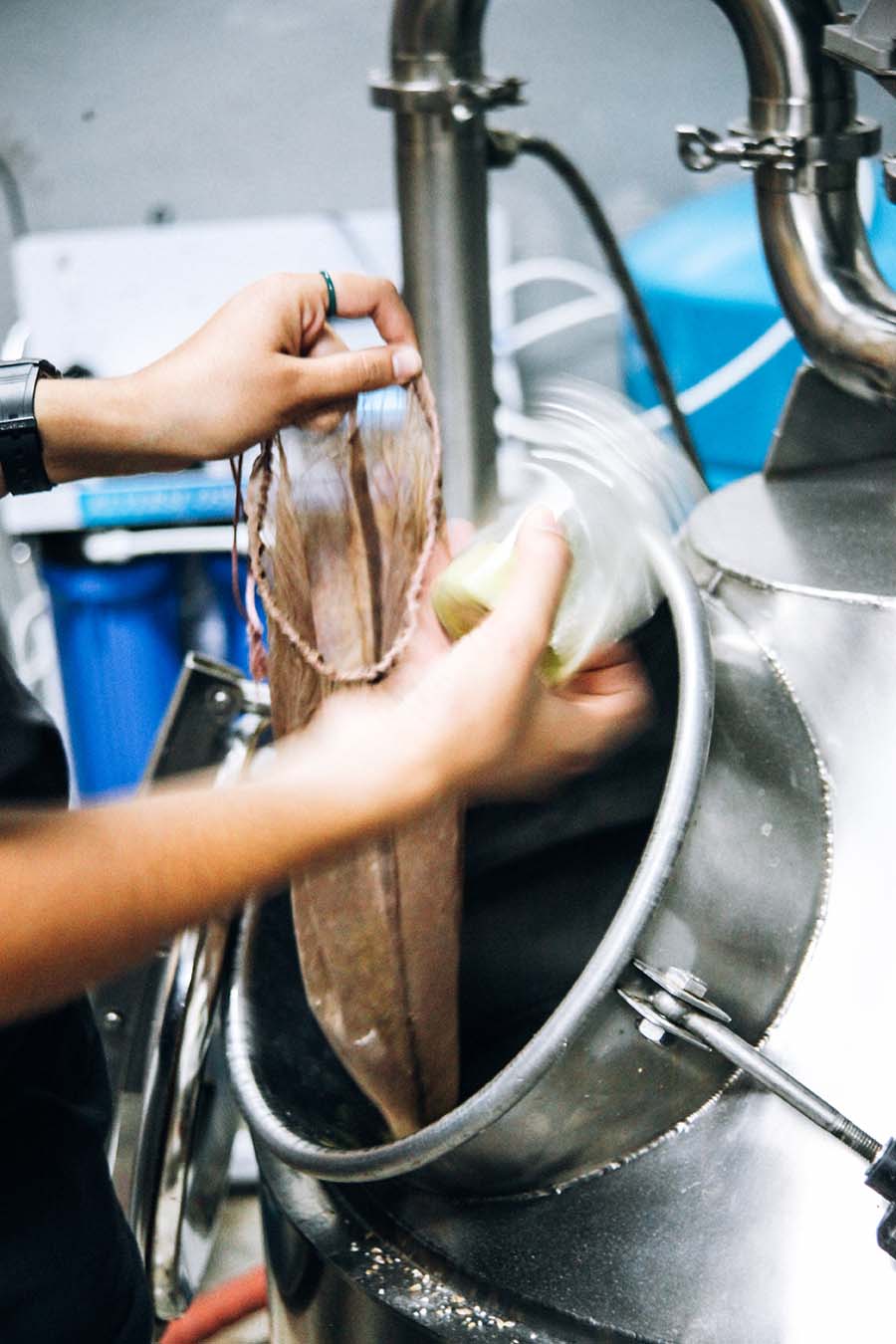 We discussed the activist role of Save the Ales. Over a taster session served on a wooden tray we talk about the present state of LGBTQ+ and women’s rights in Kyrgyzstan. Adinay told us of a gay bar a few blocks up from the brewery which was unsafe to visit due to targeted attacks. In Kyrgyzstan, like in Russia, scenes are cut-out of movies which depict same-sex relationships in a bid to avoid the ‘promotion’ of homosexuality. Domestic abuse, fast-fashion and cosmetic surgery amongst the Korean population of Bishkek also weigh heavy on the minds of the group. There’s a big disconnect between the old and the young in Kyrgyzstan and they are trying to close it in the face of ignored protests by the media and the scorns of their families.

Adinay told us of a gay bar a few blocks up from the brewery which was unsafe to visit due to targeted attacks. In Kyrgyzstan, like in Russia, scenes are cut-out of movies which depict same-sex relationships in a bid to avoid the ‘promotion’ of homosexuality.

It is easy to see why Save the Ales is necessary. For Nika it is the best job she has ever had. “They feel safe here. This place is one of the safe places in Bishkek for different people.” The brewery makes beer. Sure, it has to. And the beer is great. But the point of Save the Ales is to provide a glimpse of a possible future for the young of Bishkek and to serve as a focal point for conversations which might soon be common-place in the cafés and restaurants throughout the country.