It is a truth universally acknowledged——by me——that 90% of complaints about gentrification are made by people who actually secretly quite like the homogenised version of authenticity it offers——like me. At least, we like it until it enters its gruesomely anodyne final stages, while the requisite cognitive dissonance can still be maintained without too much exertion. And if you think you’re any better, ask yourself how much you’d enjoy your stay in an Airbnb that actually reflected the average standard of housing in New York. Email me your thoughts once you’ve got the WiFi working.

Luckily, some people don’t have access to those impressive levels of convenient delusion, and engage with the issues around gentrification a bit more interestingly. Mathew Scott, a California street-photographer with a keen interest in the quirky and the non-homogenised, is one of them.

That he’d be interested in and unnerved by this kind of urban process isn’t surprising. His work in general relies on the kind of spontaneity, unselfconsciousness and rough-around-the-edges local character that gentrification wants to sweep under the rug: even his commercial work seems shaped by a conviction that you lose more by a pose than you gain. But his interest in old neighbourhoods undergoing change is also more specific. 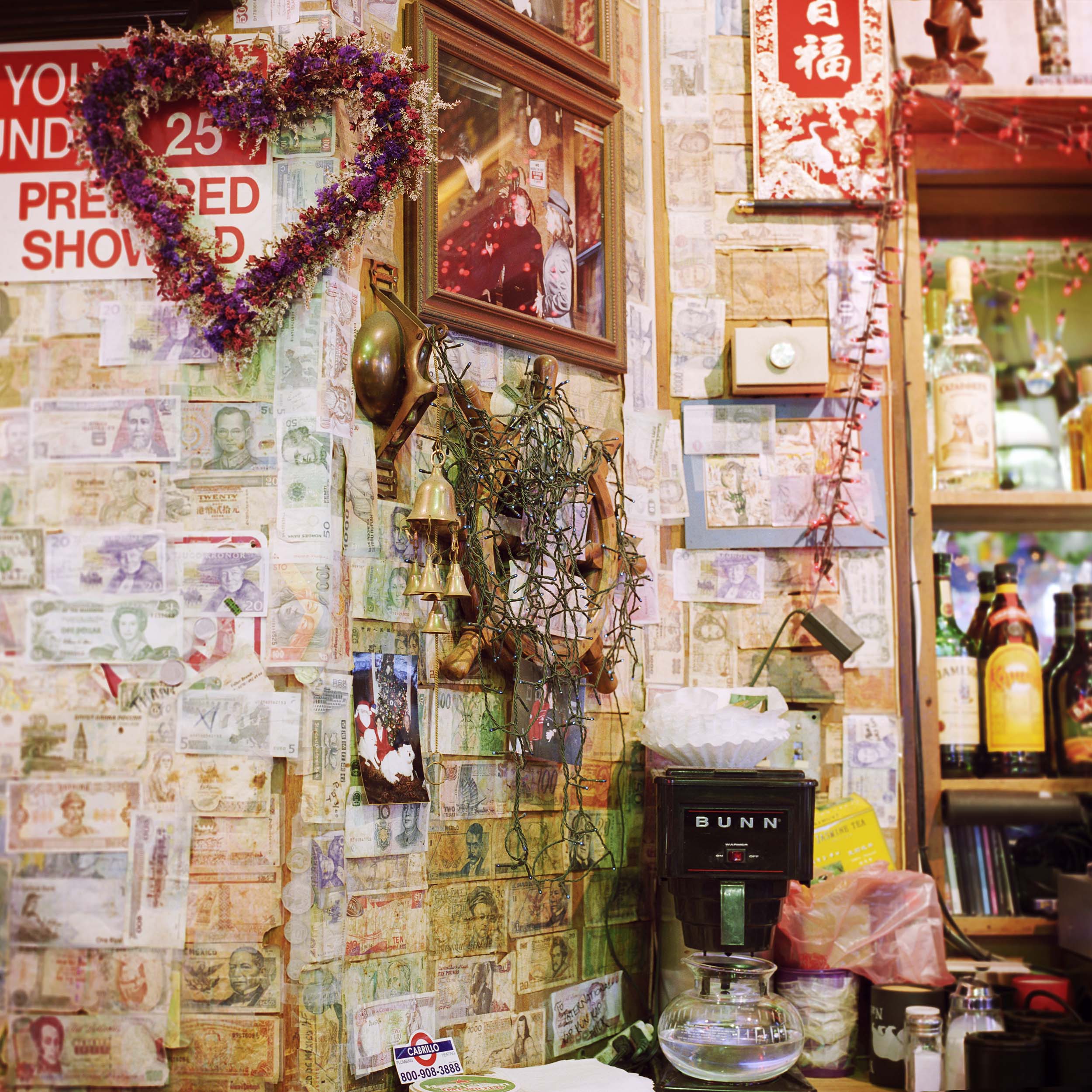 Though now resident in Los Angeles, Scott’s a native of San Francisco, that one-time counterculture hub that’s in recent years become a notorious example of new money run uncontrollably amok. In fact, some of his earliest work, a still-unfinished project entitled Dive Bars, documents the kind of neighbourhood San Francisco dive bars that have been amongst the resulting gentrification’s prime victims. Before we get into any detail about that project, though, I ask him whether it was his aim from the outset to protest what we he was seeing, or if he started from a more neutral position.

He’s cautious. “I think it’s complicated. I’m now someone who lives in a rapidly changing neighbourhood in Los Angeles. There’s a new hipster bar/bakery/vintage shop popping up on a regular basis, and I’m not going to lie: some if it is cheesy, sure, but a lot of it I like and I believe makes a positive improvement to the neighbourhood. But there are parts that really suck, too. I’ve spent long periods of time in residential hotels photographing some of the most amazing individuals I will ever meet, and it does suck to re-visit those old hotels and see them gone, especially since many of the people there were there as an absolute last resort before homelessness. But all I can do, really, is document it as best I can, and try to support the places that have been here for decades and deserve supporting.” 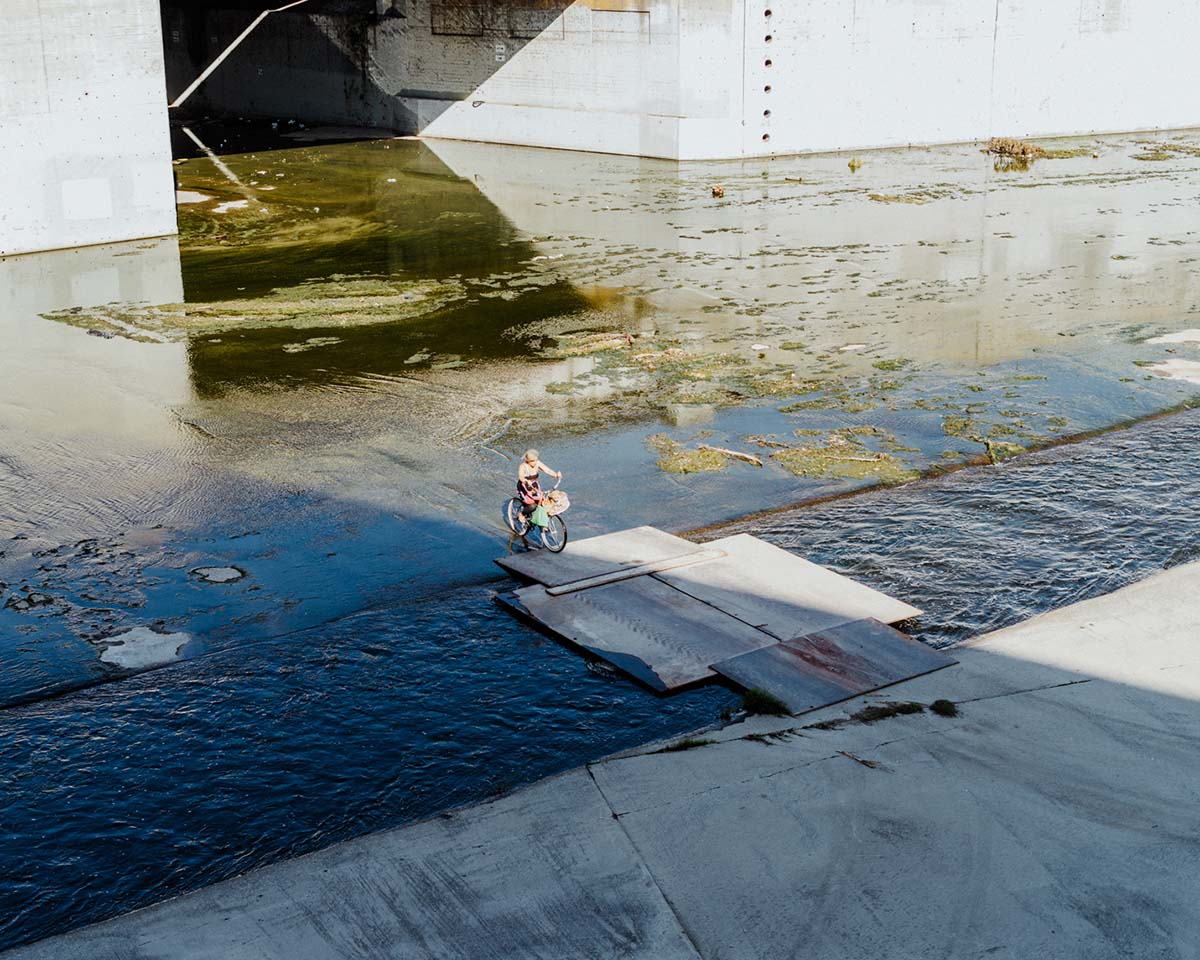 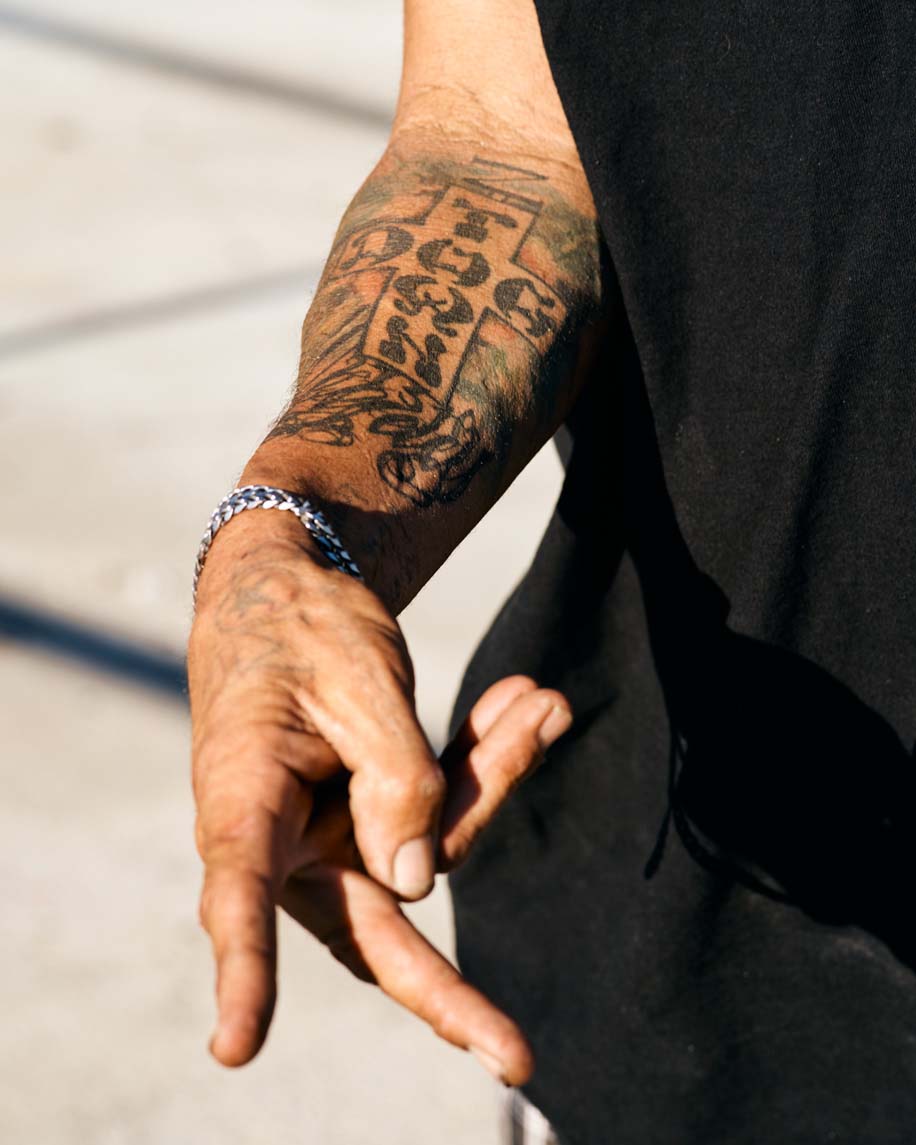 A newer project of Scott’s reflects interestingly on this, in fact, documenting the revitalisation of the benighted LA River. “It’s been the forgotten gutter of Los Angeles for decades now and is only recently getting some much-needed attention,” he tells me, “so as they develop it I’ve been exploring some of the more ignored neighbourhoods it winds through, and photographing the people and scenes I encounter. I’m trying to catch it in its current state before it’s all gone and becomes a giant tourist playground.”

“These are totally my places. I was at art school at the time and to get by I worked as a bartender at a busy nightclub——which I HATED. I’ve always much more preferred the quiet and quirky place over the obnoxious club.”

But back to Dive Bars. How organic was the project: was it just something he was doing as and when he came across something interesting? Or was he seeking these places out?

“Well, this was back in 2004—06, just when I was starting out. The first couple bars I photographed were just because I was there with my camera, probably after spending the day walking around and shooting. After a bit of trial and error I figured out what I was going for and how I wanted to approach it, and that’s when I started actively seeking out new places. Walking around and exploring was already kind of my MO, so this project just seemed to fit what I was into at the time”——he smiles——”as well as having a drink while ‘working’, which was always a plus. But then as assignments started coming in more regularly Dive Bars had to take a back-seat.” 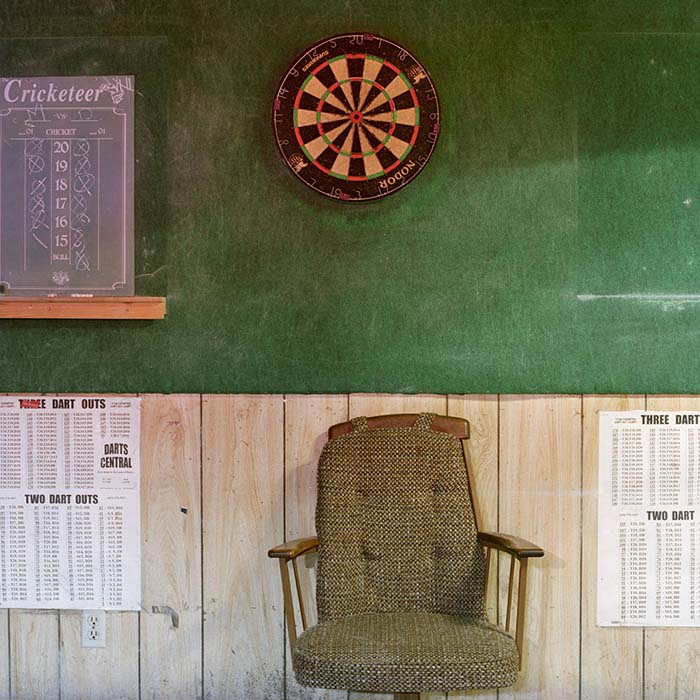 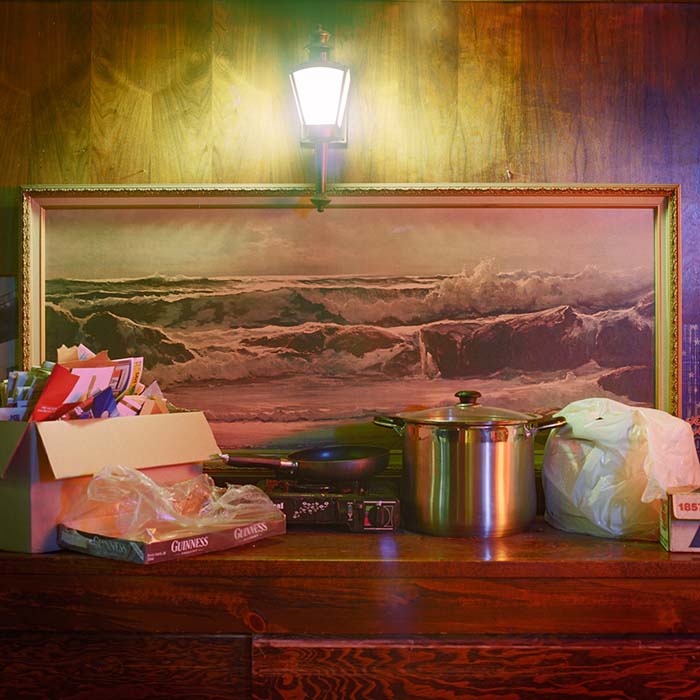 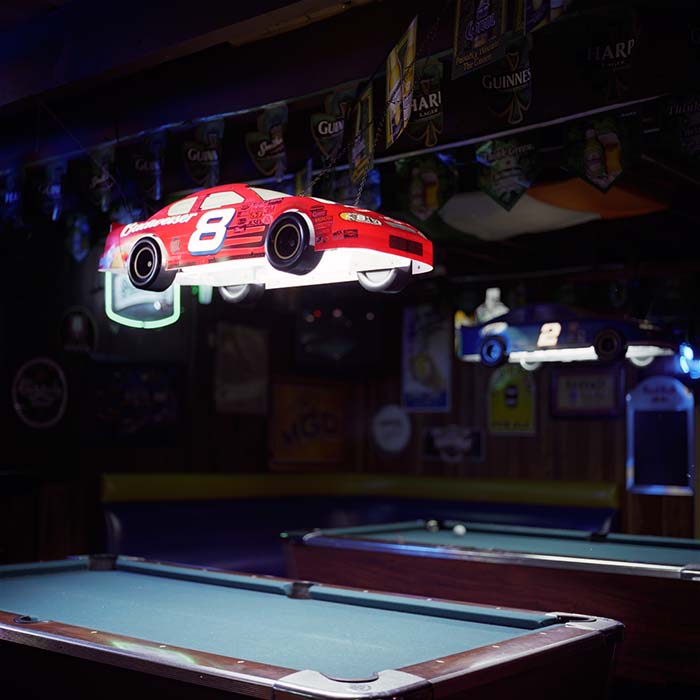 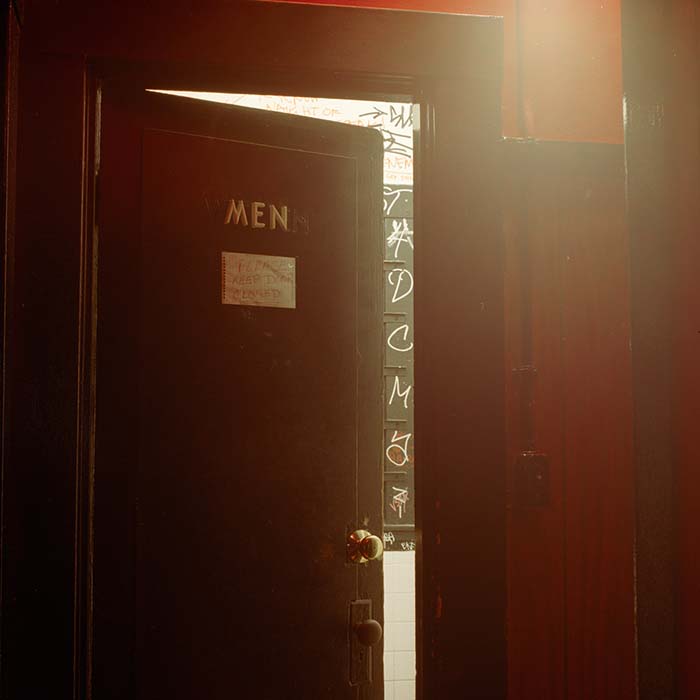 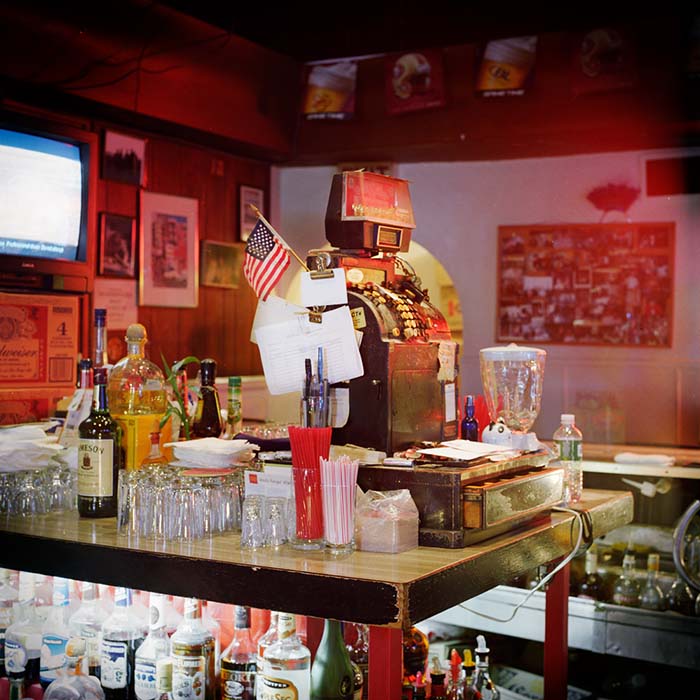 So these are his kinds of places? He wasn’t deliberately slumming it for the local interest?

“Oh, there was no slumming. These are totally my places. I was at art school at the time and to get by I worked as a bartender at a busy nightclub——which I HATED. I’ve always much more preferred the quiet and quirky place over the obnoxious club. In fact, I’d say this also played into how this project came about, since I was specifically curious as to what made these places so interesting to me. 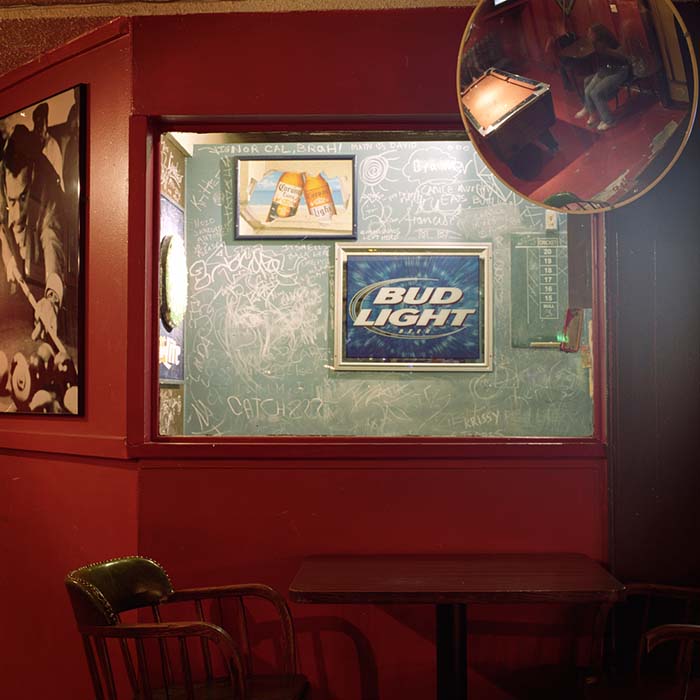 The layers of history on the walls, why people would pick a particular spot to be a regular. It’s things like that I was curious about, so I decided to find out why, the only way I knew how: by lugging a giant camera inside and making everyone feel uncomfortable for a few minutes.”

And what’s been the rate of attrition with these places, if I dare ask?

“Sadly, I think out of the photos in this series maybe only two or three of the bars are still around. That’s insane to think, as it’s only been 11 or so years, which is nothing compared to how long some of those places had been in business. But there it is. It’s a constant cycle of change and when things go south those new business will either fold, or become the new version of the same old local haunt the was there in the first place, waiting for the next wave of gentrification to ‘revitalise’ the neighbourhood——again.”

I want to get a little more detail on some specific shots. In particular, those of the bars Pittsburg’s and Speck’s struck me with their tension between a sense of haphazard accrual and a sort of composed structure struggling to emerge. 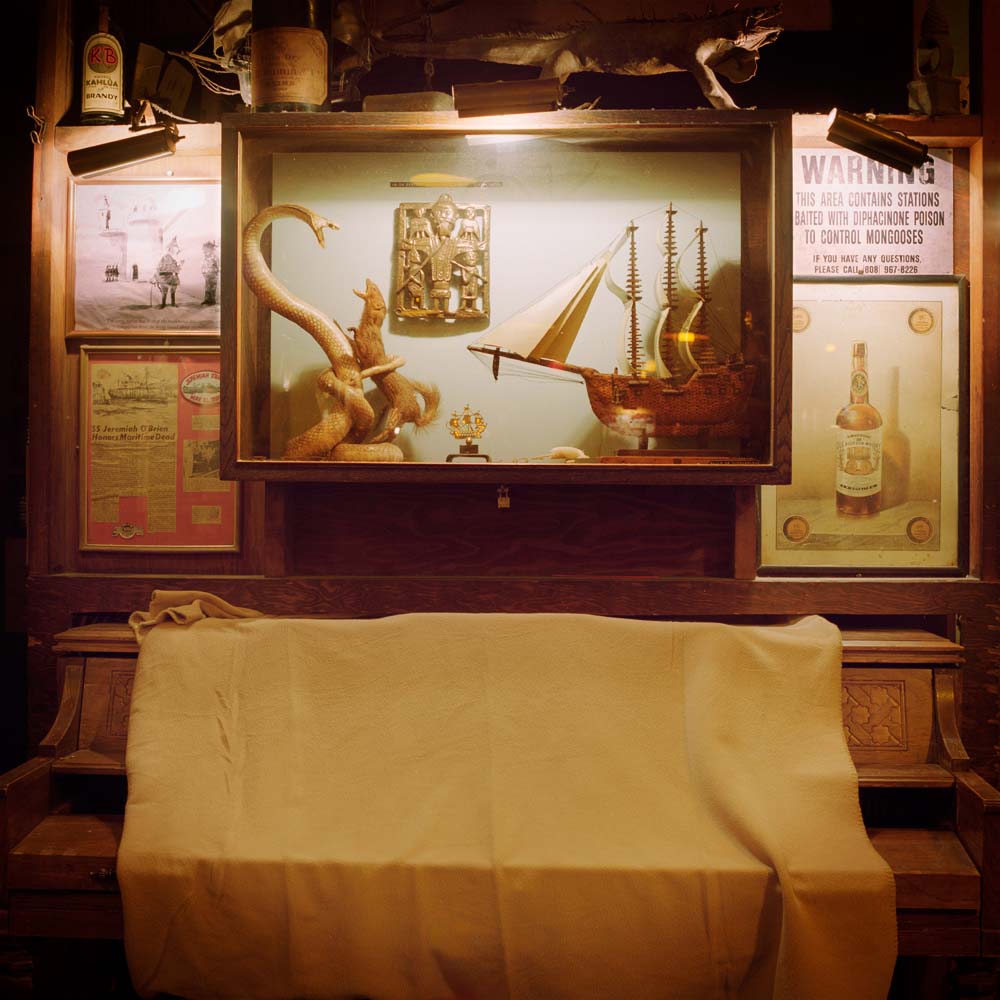 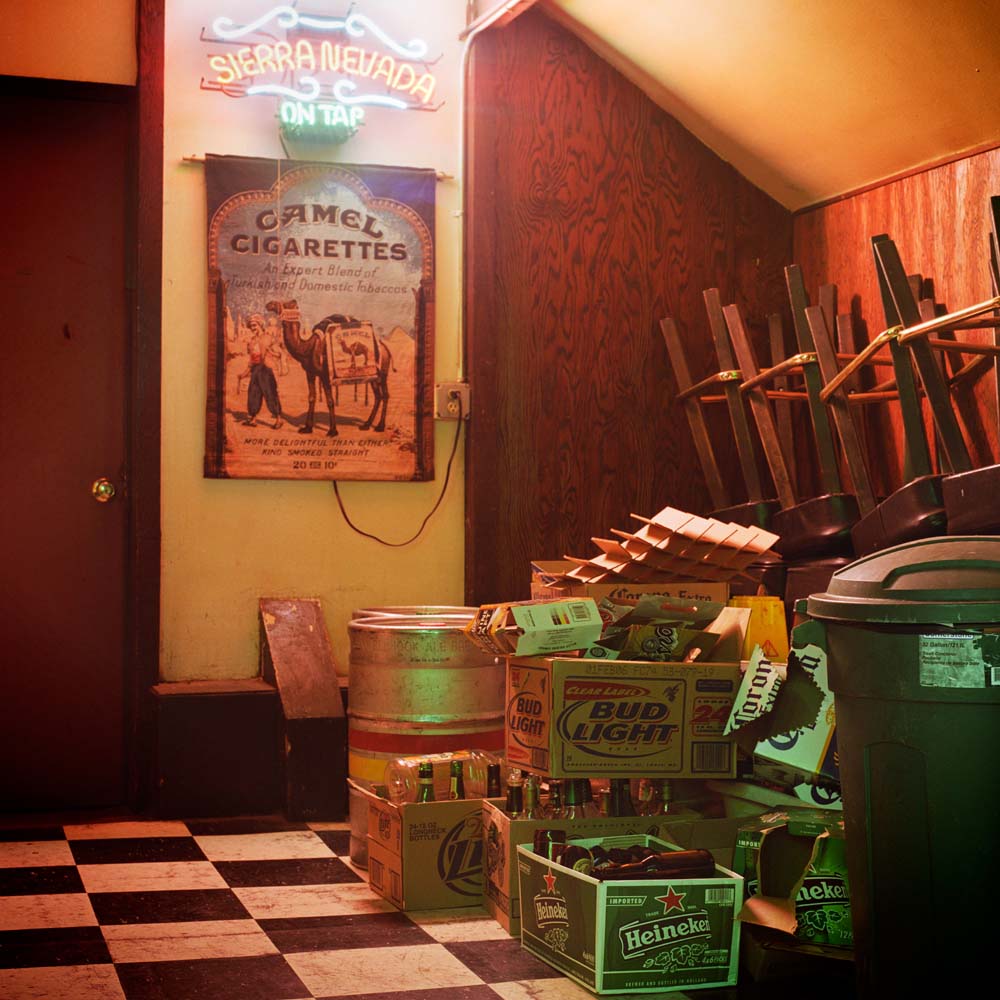 Scott’s pleased. “Speck’s is one of my favourite places to grab a drink in SF, and I’m happy to say it is still alive and well. I highly recommend the cheese and crackers plate, in fact.” But that familiarity itself brought its own attendant difficulties: he knew Speck’s too well. “Something that I noticed while working on this was I got my best images when I walked into a bar I had never been in before. I would order a drink and just sit and look around for a while and try and take the place in. I feel when you’re in a place that you frequent often, all the subtle little details, no matter how off or weird they may be, become normal and its hard to see it for what it is.” 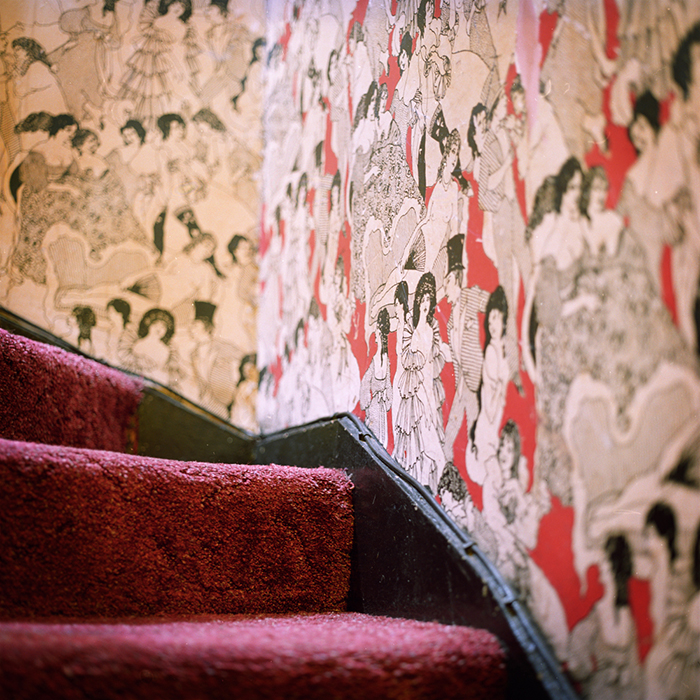 Thus some others, like The Hi-Tide, were easier exactly because of their lack of familiarity. “I remember when I first visited that place. I had never been before and a friend of mine was heading over there to meet some friends so I decided to grab my camera and come along. It was so run down and it felt like every wall and corner of this place could tell you stories for hours. I noticed this pile of old beer boxes and bar stools in the back of the room that was piling up and it looked like a wave getting ready to come crashing down, and I just remember thinking how perfect that was in a place named ‘Hi-Tide’. I think I shot a few rolls of film there that night, but it was that image that really jumped out at me when I was looking over the proof prints a few days later.”

I suggest to Scott——not a wildly unorthodox observation——that there’s an elegiac quality to the collection. Was he trying to bring that feeling across or, given the ad hoc nature of the project and the subject matter, was that just the nature of the beast?

“Well, kind of. My initial idea was really just about capturing the details and vibe that make these places so special, and that when viewed all together it would create this fictional space that in my mind would be the ideal dive bar. That’s why a lot of the images are details of each place. Other than a select few wider images I made to create a sense of space, I was attempting to weave together a mosaic of details to create a portrait of what makes a dive bar so comforting and appealing.” 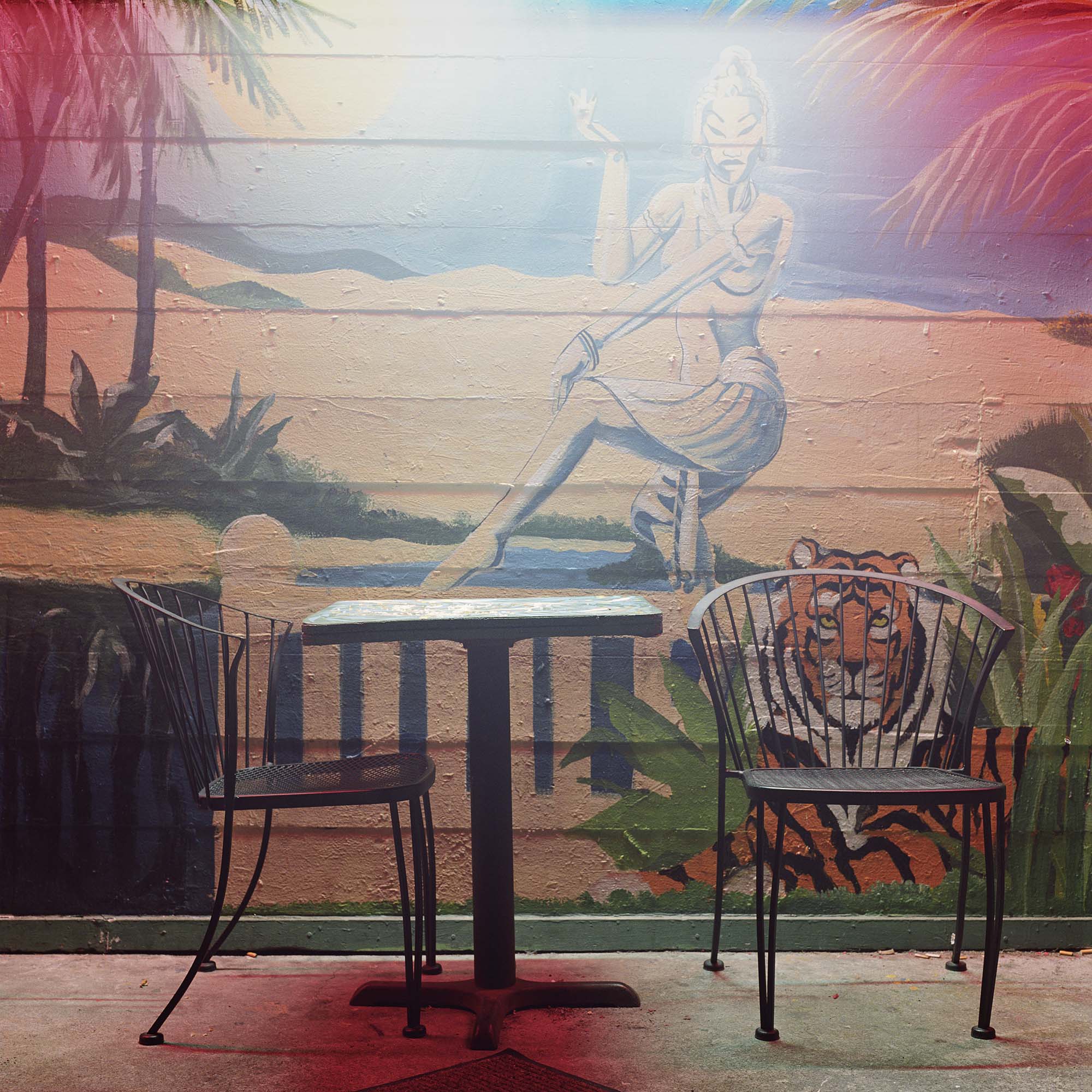 As we finish I want to ask Scott about one more thing. What’s notably missing from his composite Platonic ideal of a neighbourhood dive, notably, is the people. These are all essentially still-lives. Partly, Scott tells me, that’s because he was after a portrait of the places themselves, and whenever he tried to include regulars it put the images off-balance. But when I pursue this line of questioning, hoping for some colourful anecdotes, he also notes with a tinge of regret that he didn’t at the time carry notebooks: there were a lot of stories, but they’re lost.

For my purposes that’s a shame, of course. But it’s also fitting. What more appropriate gracenote to this portrait of familiar things in the process of being lost than a sense of the irretrievable hovering at the edges of the artistic process itself?