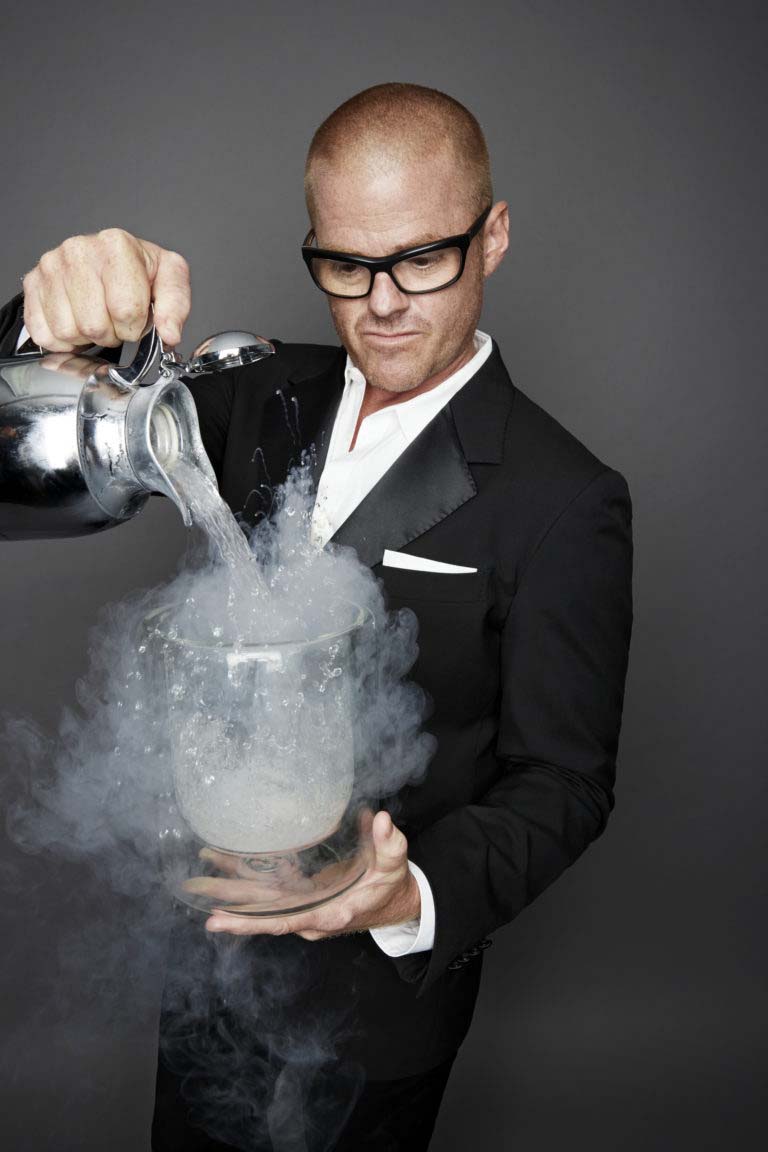 At medieval banquets it was common for the carver to perform acrobatics with a multitude of knives, to slice and dice food mid-air; hog heads would be dotted with pork fat to resemble chain mail; everything from cranes to rabbits, cygnets to suckling pigs, would be strewn around vast tables. Musicians, minstrels, jugglers and jesters held court at such all-encompassing events. At Brighton’s Royal Pavilion in 1817, the Prince Regent hired Marie-Antoine Carom——a pioneer of the elaborate grande cuisine style of cooking——who would unveil a four-foot-high Turkish mosque constructed of marzipan as the highlight of the 127 dishes he prepared for that night. Theatre and gastronomy have long been entwined.

Be it ‘dark dining’ where diners impart their entire trust in those delivering unknown dishes in pitch black surrounds; Albert Adrià’s 40-course tasting menu to be consumed across seven distinct spaces at Barcelona’s Enigma; the enduring fiery Crêpes Suzette; or Heston Blumenthal’s multi-sensory meals, gastronomy has a love affair with experience. Mixology, too. “The bar is a stage,” proffers iconic bartender, Dale DeGroff——and who can forget the ‘Cocktails & Dreams’ of midget maniac, Tom Cruise?

Dear craft beer industry, where are your dalliances with experience?

Of course there persists a sense of machismo in the ruff and gruff of shovelling spent mash, of taprooms laden with industrial aesthetics and pumping out rock ’n’ roll, but as the world of craft beer evolves before us, perhaps it is time for the pumps to pour to a little more pomp. Over in Raleigh, North Carolina, one group of beer makers has already begun delivering brews that offer more than a little spectacle as a side. 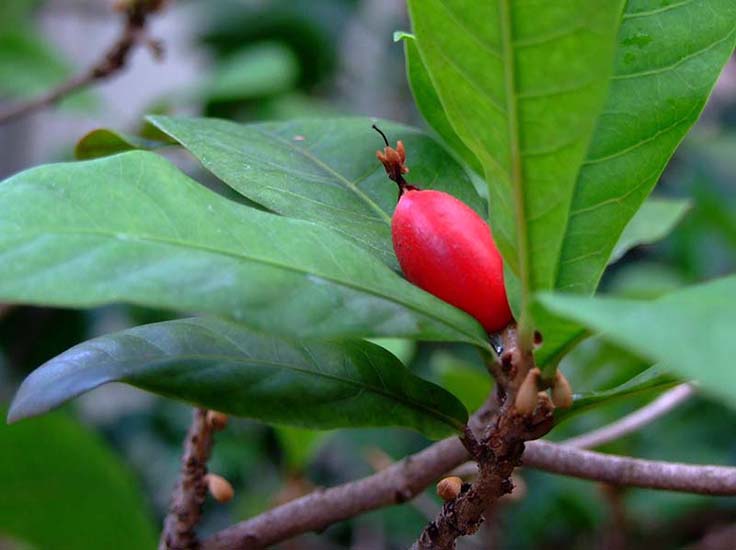 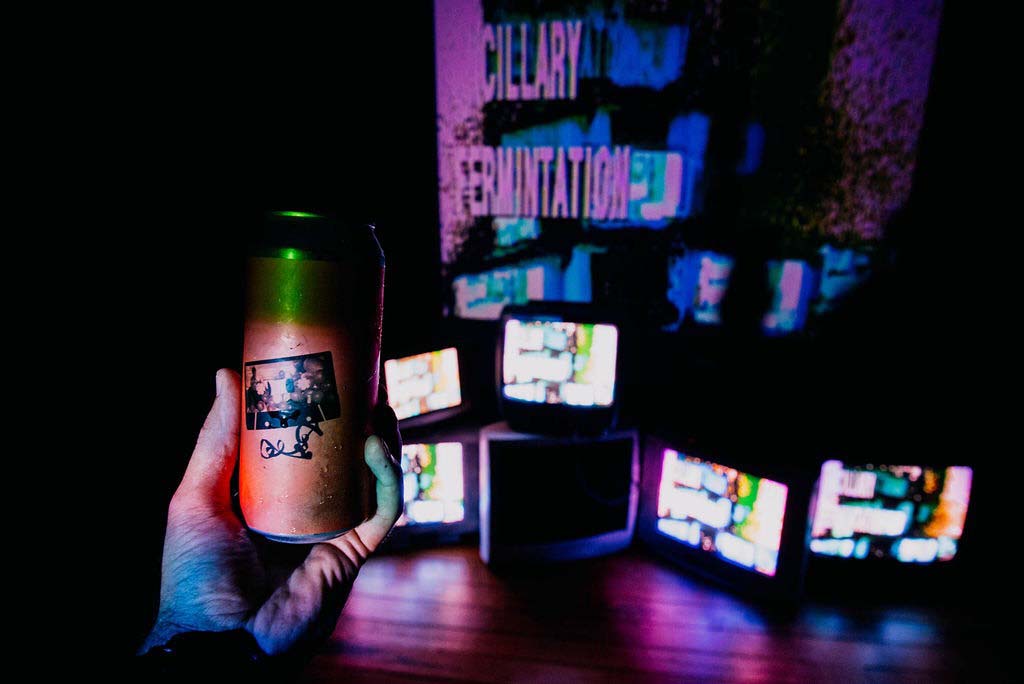 “I read about the miracle berry a couple years back in John McQuaid’s book, Tasty,” explains Sean McKinney, co-founder of brewing and art project, Ancillary* Fermentation. “The whole story is insane. ‘Big sugar’ gets involved, there are mysterious deaths, conspiracy theories. It’s wild. I highly recommend checking it out.” The ‘miracle’ in question? Synsepalum dulcificum, a plant whose berry causes sour foods to temporarily taste sweet when it is eaten——a perplexing experience that epitomises all that Ancillary are about.

“I wanted to hold a group ‘flavour trip’ as soon as I’d finished that chapter of the book, but just didn’t really have the means to execute it the way I wanted. Once Ancillary* Fermentation was up and running, it was game on. With the theme of Altered Perceptions and an old historic chapel as the venue, it was just a matter of coming up with a game plan.”

Founded with a dogma that beer should be “more experimental, more experiential, and a hell of a lot weirder,” the project has been hosting pop-up taprooms that celebrate each beer release with oodles of theatrics, experiential concepts and good times. Think a Pop Art shindig inside a recreation of The Factory; a louche office party; and a beer-fuelled CrossFit session with one-on-one life coaching from a motivational speaker. Here in North Carolina’s capital, a small-scale art-cum-beer project is drawing up a blueprint for what the future of experience in craft beer can be. But first, back to the miracle berry. 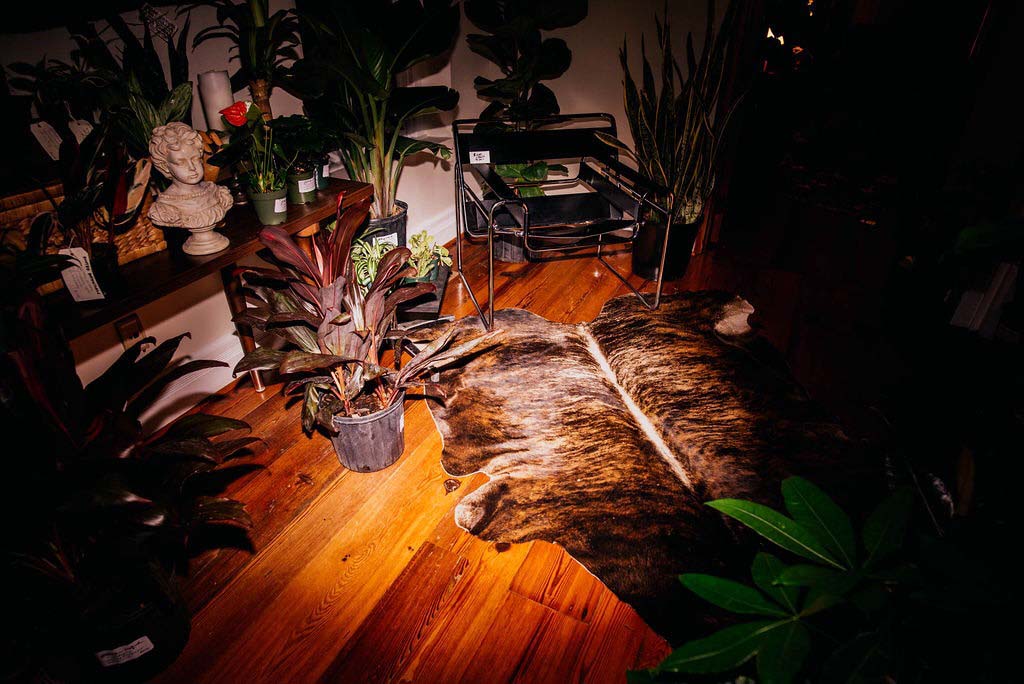 “I wanted to hold a group ‘flavour trip’ as soon as I’d finished that chapter of the book,” McKinney continues, “but just didn’t really have the means to execute it the way I wanted. I started by running around town and handing out the tablets to all of my bar buddies because I just couldn’t keep this to myself. Once Ancillary* Fermentation was up and running, it was game on. With the theme of Altered Perceptions and an old historic chapel as the venue, it was just a matter of coming up with a game plan. We decided on an intimate 20-seat pre-event. Each seat had one tablet, an assortment of acidic food items——limes, oranges, pickles, etc.——and eight ounces of each release that month; one a juicy IPA, the other a kettle sour.”

“Making sweet things taste less so, but sour things much sweeter——lemons taste like lemonade, oranges like candy, cream cheese like cheesecake——the key was to taste everything first before ‘flavour tripping’ so as to have a good understanding of how much they’ve changed. The beer wound up tasting kind of like guava soda. It turns out it was actually better without the pill, but half the fun is experimenting and seeing what works and what doesn’t. I knew it was going well once I stepped away from everyone and heard the giggles of people who realised they were eating limes and enjoying it. I highly recommend everyone tries it. Get a couple of friends together, grab some weird sour foods and make a little afternoon of it.” 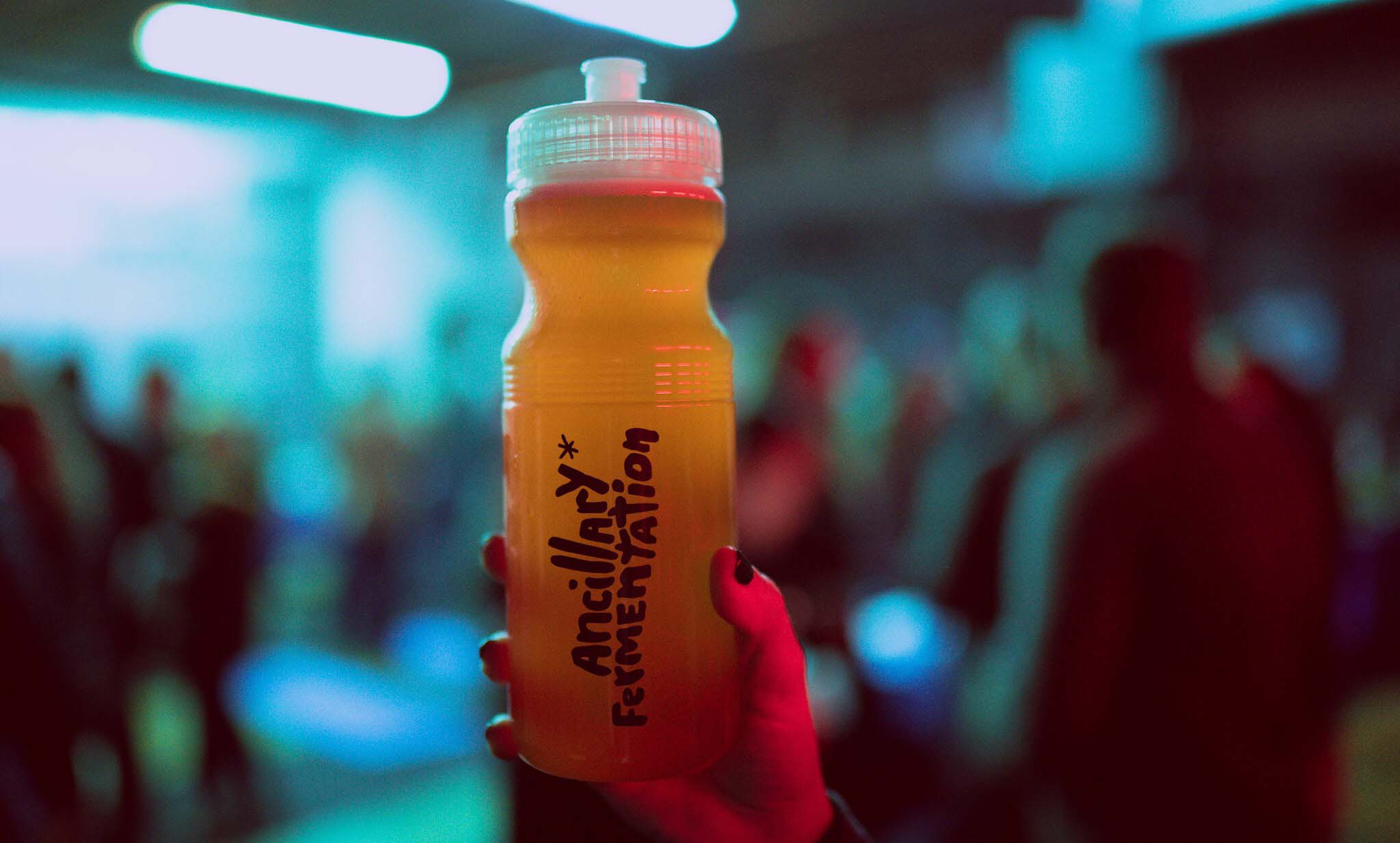 “Honestly, it’s not just beer,” he continues when I tell him of my enthusiasm to see more experience enter the beer world, “there’s always room for more creativity and theatrics in any industry. I think for me it was a matter of figuring out where I fit, and where I can contribute the most to this beer family that I adore and has given me so much. I went to school for studio art, so I have a natural inclination to filter things through a more visual lens.”

“Chefs have been playing and experimenting with these concepts for a while now, and I can’t help but get excited about the prospect of applying these to beer. The toughest part is executing it in a way that doesn’t seem totally pretentious. The food world has done a great job making folks feel comfortable in all sorts of settings (from Michelin-starred fine dining to low-brow dives and diners) and I think we’re getting there in beer. I know that we can, it’s just gonna take a little time. The beauty of the beer industry right now (sometimes to its own detriment) is its unending search for what’s new through experimentation.” 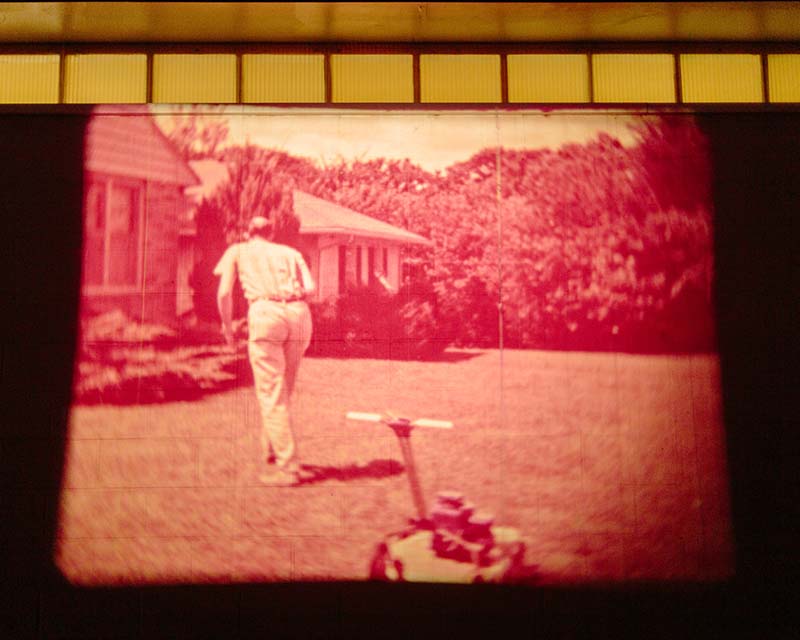 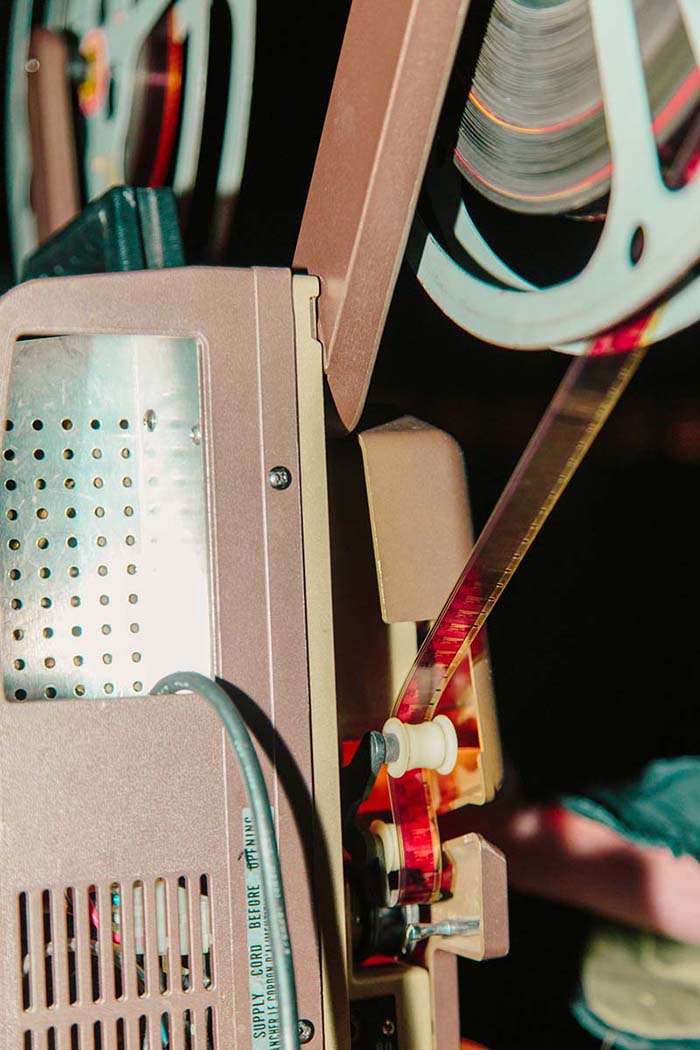 It’s worth noting at this point that, since we first spoke, Sean has stepped away from Ancillary. He is in “sabbatical mode” whilst he digests what worked and what didn’t during his time with co-owners Whit Baker and Topher Fulton; the latter who will carry the project’s event torch, the former continue his work as brewmaster. It’s in keeping with the restless creativity that has fuelled this experiment that he is so quickly in search of fresh inspiration. 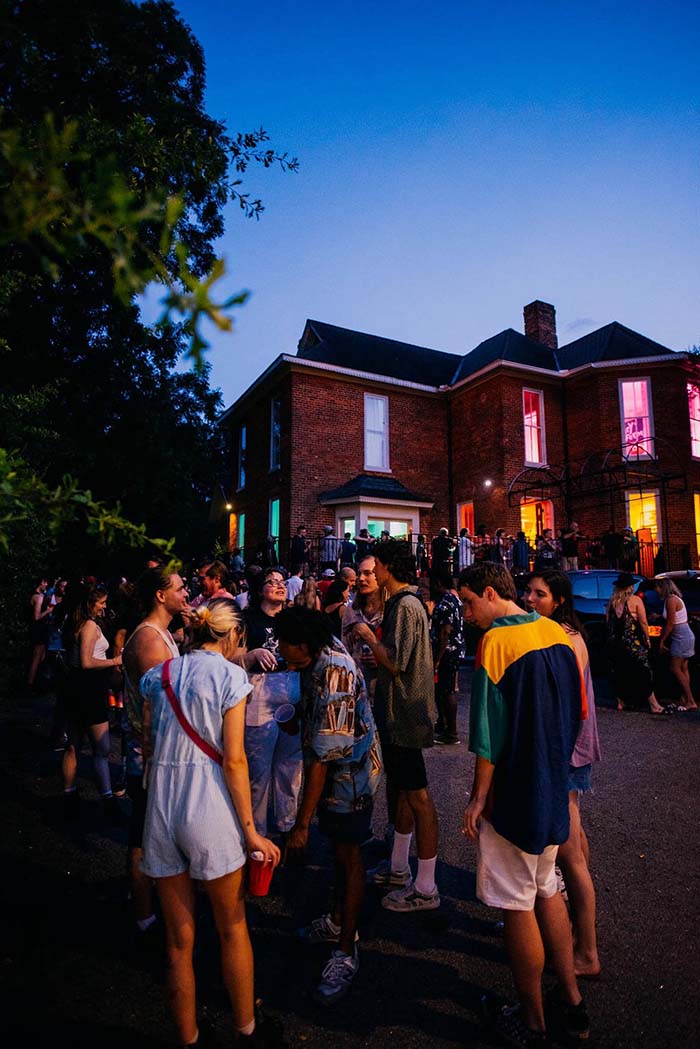 “The visual artist in me cannot do something that doesn’t play around with experience, expectations, and perceptions,” he reveals. “I find it all too fascinating, and there’s still a lot that I wanted to do that never came to fruition. I’ll definitely continue to toy with pop-up events. It was too much fun and I found a sort of surprise calling in it. There is also an activistic element that was just sort of touched on with Ancillary—through monthly charities of choice—that i’d like to further explore in my next project.” Having been involved in the beer world since “I was old enough to legally drink it”, McKinney confirms his next project will be beer-related. But let us rewind. I want to know where the original inspiration began.

“So much of what Ancillary is about developed through creative constraints. We didn’t want to have massive loans hanging over our heads, so we just pooled our money together and then looked at what our options were. Brewing equipment is expensive, so we rent tank space at an established brewery nearby. Brick-and-mortar spaces also cost money, but we knew we didn’t want to just drop beer in such a competitive market, so decided the pop-up model would a great way to stay in front of people. Then it was time to figure out what makes us special: what can we give back to the beer community? We were all extremely confident in Whit’s ability to brew good beer, and none of us wanted the pressure of trying to figure out what the next Hazy IPA trend was going to be, so we decided to try the pop-up model. If we can’t change the experience in the beer, let’s try to shift the stuff around it. Fast forward a few months and we’re releasing beer in abandoned gas stations, old churches and cross-fit gyms.” 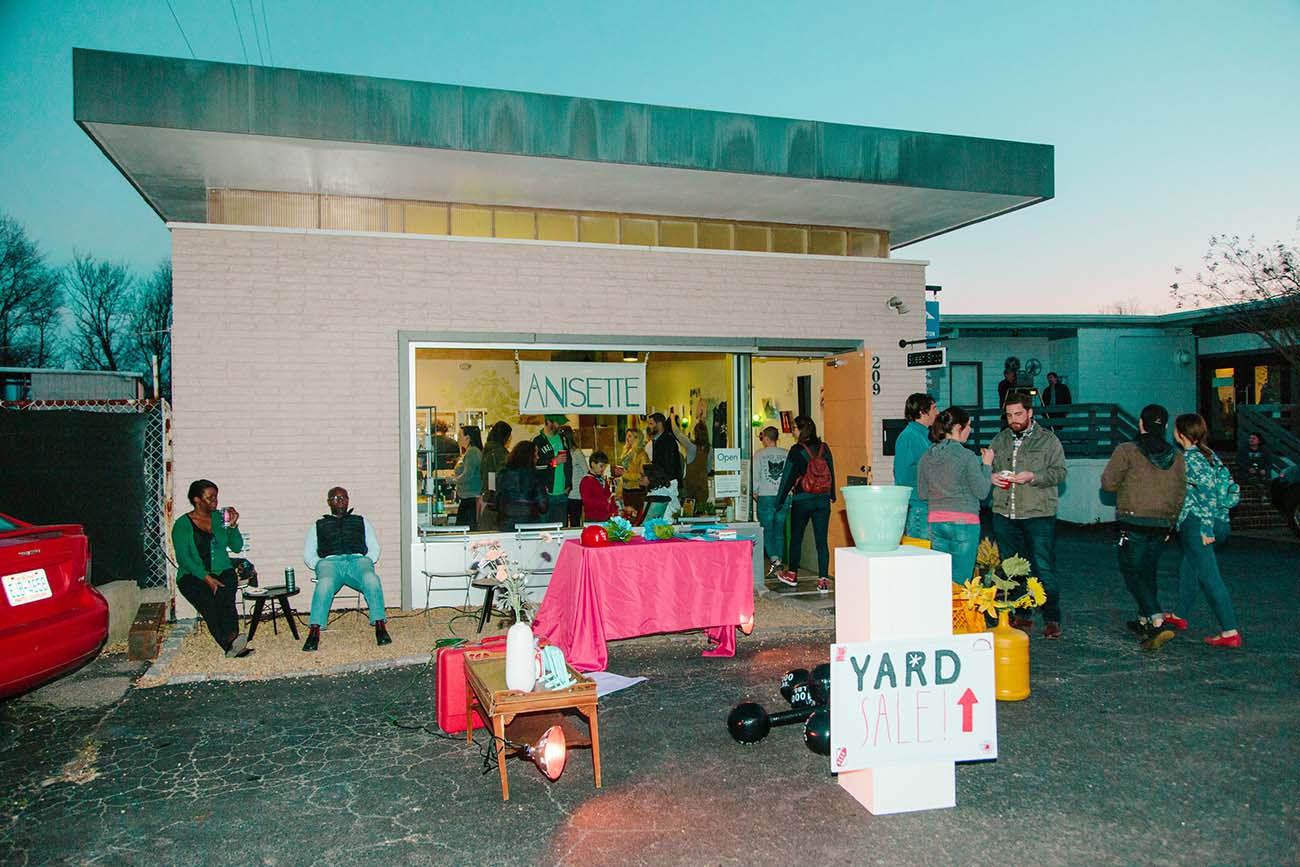 It occurs to me that a major benefit of taking craft beer beyond its usual confines would be to introduce it to new audiences. “One of the things about putting beer into a new setting is that it kinda provides a blank slate. The beer industry can be a bit overwhelming if you’re not up to speed on what a pastry stout or a Grodziskie is, and a lot of the folks that do know can often be difficult to engage with. A lot of what Ancillary is doing is taking away those preconceived notions of what beer is supposed to be, or how it’s supposed to be presented, and it shows in the diversity of people that have been coming out.” 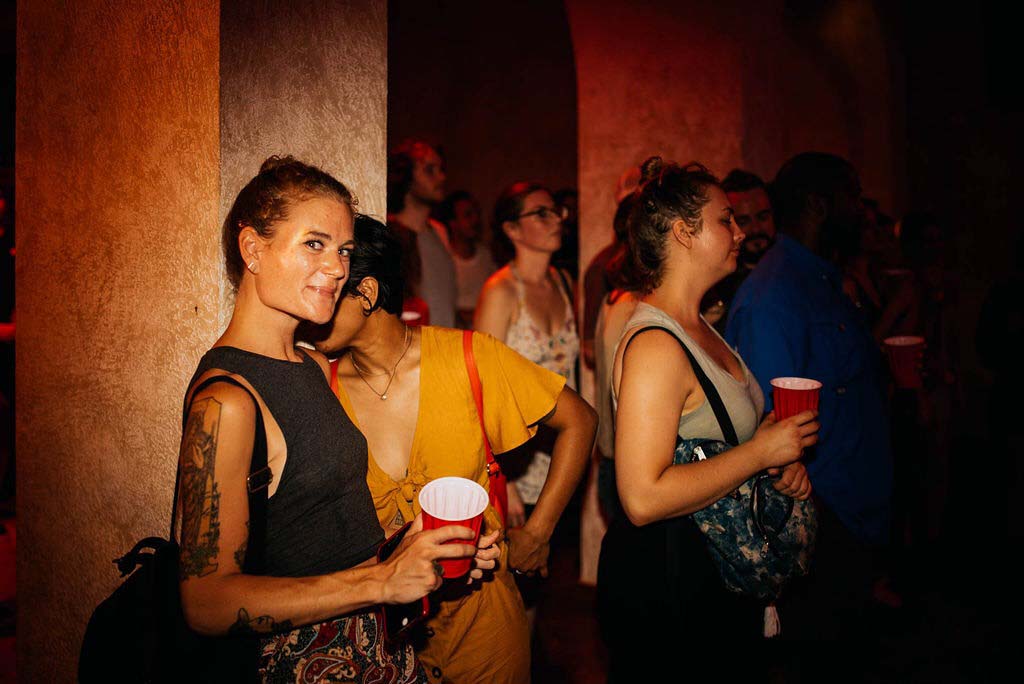 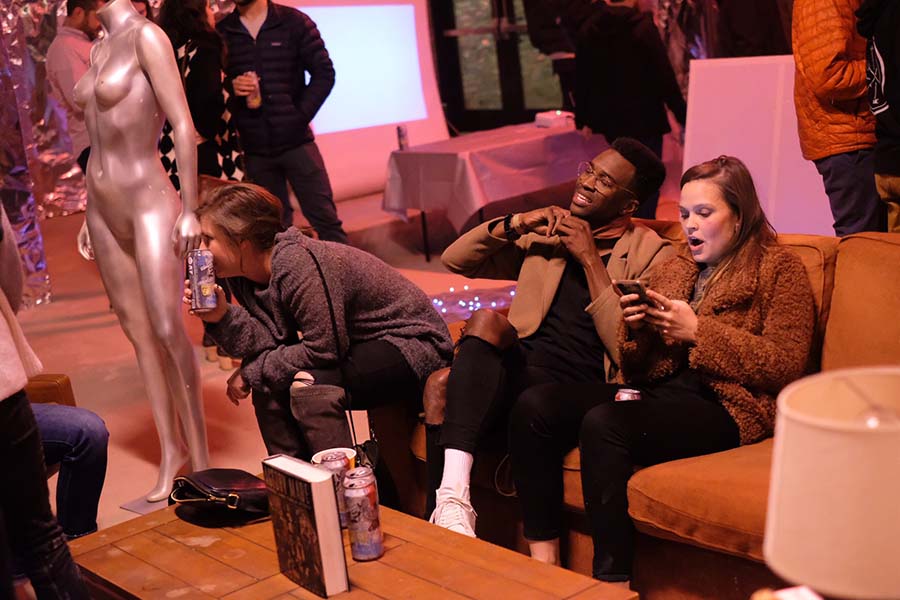 What remains ahead for both Ancillary* Fermentation and Sean McKinney is as uncertain as it was when the trio began bootstrapping an experimental pop-up taproom project. It was probably only ever going to be that way. But what is important, is that they have shown a way forward for how beer can be consumed. By taking craft beer out of context, by injecting a little theatre and fanfare into the traditional taproom experience, the trio have shown what can be achieved beyond a DJ, live band and food truck. Their events may not go down in the annals of history like Dalí’s extravagant dinner parties——they might not even be remembered as fondly as camping outside an Other Half can release——but hopefully they have laid the first stones in a path toward ensuring beer moves a little closer to its culinary cousin in terms of spectacle. From little acorns, and all that.

“Nearly everything we encounter has some sort of impact on us, even if we’re not aware,” McKinney concludes. “And that goes for food and drink too. The music we’re listening to, the colours we’re looking at, or the weight of the vessel that contains said food or beverage items … they all impact how we experience food and drink.”

Ancillary’s impact may be a shift in what we perceive the beer environment to be. The doors of perception are open. Let this be just the beginning.